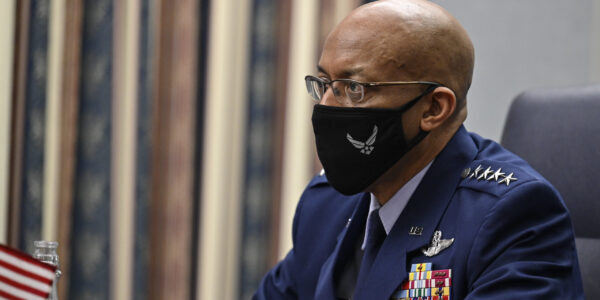 When Air Force leaders sat before the Senate defense appropriations subcommittee Tuesday, they had to answer for the Air Force’s plan to retire some legacy systems in favor of new technology.

“When military leaders tell me that they believe spending money on something is no longer a good idea, I take that very seriously,” the panel’s chair, Sen. Jon Tester (D-Mont.) said in opening remarks at the hearing. “But I also know that new weapons rarely deliver on time and on budget. This subcommittee needs to ask the question of whether the Air Force is rolling the dice.”

“Enabling our military advantage in the long term means we need to shift away from legacy platforms and weapons systems that are decreasing in relevance today and will be irrelevant in the future—our aircraft fleet is 30 years old on average, and 44% are beyond their designed service life,” they said in joint prepared opening remarks. “Maintaining our aging weapon systems is costly now and, without change, will mortgage our future.”