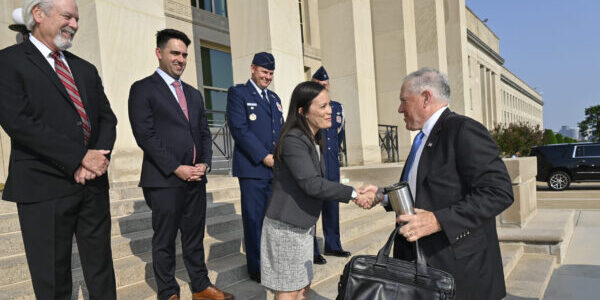 Frank Kendall was sworn in as the new Air Force secretary when he arrived at the Pentagon Wednesday morning, according to a Twitter post.

“I will do everything I can to strengthen and support the great teams of American airmen and guardians who have dedicated themselves to protecting our country,” Kendall said in a statement.