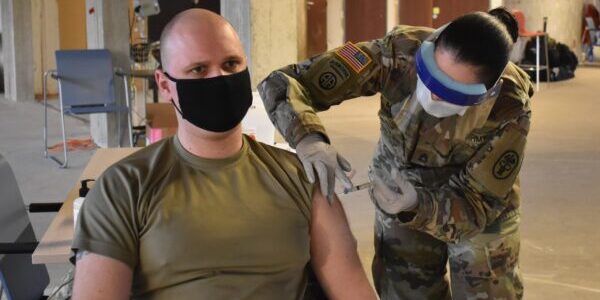 Army leaders and commanders are trying to combat vaccine hesitancy among soldiers. Those who haven’t received their shots yet are typically in one of two camps, Col. Owen Price, the force health protection officer at Fort Bragg, N.C. told Military.com.

“One is they just haven’t heard the message that resonates with them to overcome hesitancy,” Price said. “Whether that concerns pregnancy or side effects, long-term health effects are a big concern for some. The other camp is people who have just received a ton of misinformation, and it’s very hard to unseat that even when providing them facts.”

Price said the best option now is to reach out individually to counter misinformation on social media.

“There’s crazy stuff out there.”