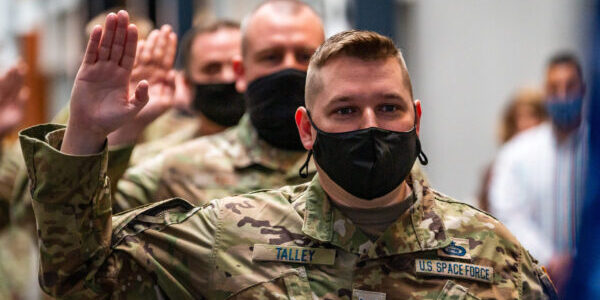 A report from the House Appropriations Committee questions the Space Force’s first acquisitions budget as its own military service within the Air Force, saying it “has made little progress in defining what the Space Force will be doing that is fundamentally different than when it was a component of the Air Force.”

The language is included in the committee’s report accompanying the fiscal year 2022 defense spending bill it will mark up Tuesday, according to CQ.

“The Committee believes the Space Force needs a clear and concrete vision for its future system architectures, based not on philosophy but on rigorous technical analysis with executable plans resourced by realistic budgets,” the report says.

Still, House appropriators are on track to give the new service most of its budget request and would increase Space Force personnel by 8,400, even as all other services’ personnel numbers would decrease.