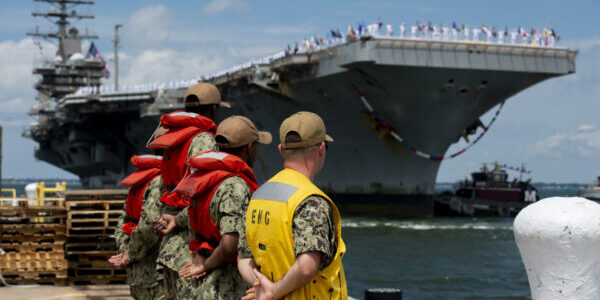 Fort Lee, Virginia will house about 2,500 Afghans being evacuated to the U.S. for fear of Taliban retaliation for helping U.S. troops, DOD announced Monday. The Afghans will stay at the base during the special immigration visa application process, and some may be housed at other installations, but DOD didn’t say which installations….

Fort Rucker, Alabama is requiring proof of vaccine for unmasked service members, the Washington Post reported. Fort Rucker is one of a handful of bases in areas where less than half of the off-base community is vaccinated. The commanding general at Fort Stewart, Georgia has also said uniformed personnel should have vaccination proof. DOD-wide policy allows commanders to set such guidelines, though they cannot ask civilian employees for proof unless their supervisor has “reliable evidence” suggesting an unmasked employee is unvaccinated.