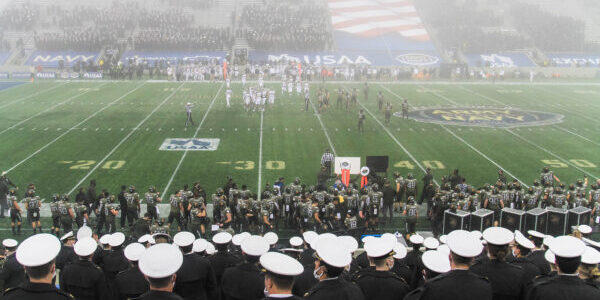 The Army West Point Athletic Association has started a $95 million campaign to upgrade Michie Stadium and create a Victory Plaza to celebrate cadet-athletes, AP reported. “These efforts will put our facility on the precipice of being one of the finest that college athletics has to offer,” Army Athletic Director Mike Buddie said….

Hawaii state environmental regulators say the Navy has not shown that it can safely operate its underground Red Hill fuel tanks in Honolulu without leaks and groundwater contamination, the Honolulu Star-Adviser reported. The filing from regulators is just one part of a hearing process in the Navy’s request for a permit, a Navy spokesperson said. “Past fuel releases, regardless of cause, have never moved beyond the footprint of the facility before diminishing to undetectable levels. No fuel from Red Hill has ever been detected in the drinking water that the Board of Water Supply provides its customers,” the Navy spokesperson said….

Barbers at Fort Lee, Virginia and Fort Pickett, Virginia have been on strike since July 4, the Richmond Free Press reported. Their union says the contractor who has been running the barber shops for two years want to cut the amount the barbers receive for each haircut from 55% of the cost to 47%. The paper says this is an apparent first for the military.