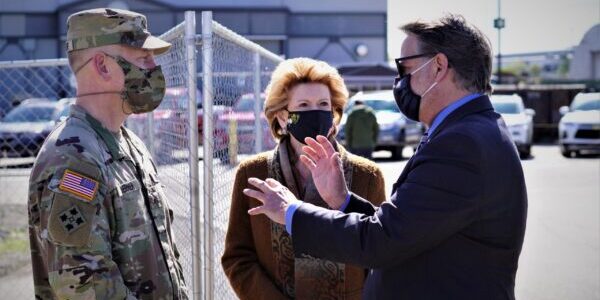 Sen. Elizabeth Warren (D-Mass.) has lifted her holds on Frank Kendall’s nomination to become Air Force secretary and Heidi Shyu’s nomination to head up weapons development at DOD after assurances they would not take defense contractor jobs for four years after leaving public service.

But Michigan’s Democratic Sens. Gary Peters and Debbie Stabenow also have holds on Kendall’s nomination and several of President Joe Biden’s other national security nominations, though they wouldn’t say which ones.

“We’re meeting with the Air Force to get a better understanding of how that decision was made because, based on the facts as I review them, Selfridge was clearly the best place to locate that mission,” Peters said, “and I need more clarification from the Air Force as to how they arrived at what I think was an erroneous decision.”

Stabenow said she and Peters are “discussing how far” to take their concerns, according to the report.