Organization Wants to Give States More Control over Guards in Combat; Approach May Lack Teeth 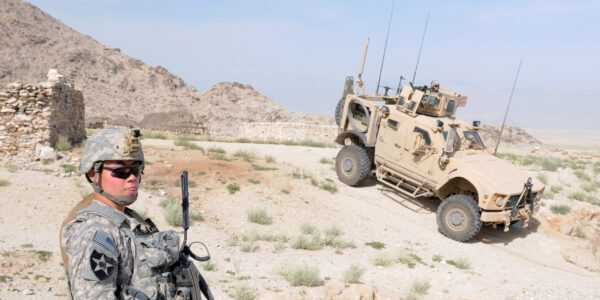 A lobbying group is pushing legislation in at least 31 states that would deny the deployment of National Guard troops to combat zones without a congressionally approved declaration of war, Military.com reported.

“We’ll go and fight any war you ask us to do,” said Dan McKnight, a veteran who runs the Bring Our Troops Home organization behind the movement. “All we ask is, if we raise our hand and swear an oath, you send us to a war declared by Congress.”

“If enough states follow through, you remove a lot of Pentagon power,” he said. “It’s a matter of which state gets this through first.”

It’s unclear, however, whether the states can ever truly override the President’s powers.

McKnight’s approach “reflects a misunderstanding of how the National Guard is constructed,” Center for Law and Military Policy CEO Dwight Stirling told Military.com. “There is nothing a governor or state legislature can do to prevent or restrict the President’s call-up authority.”