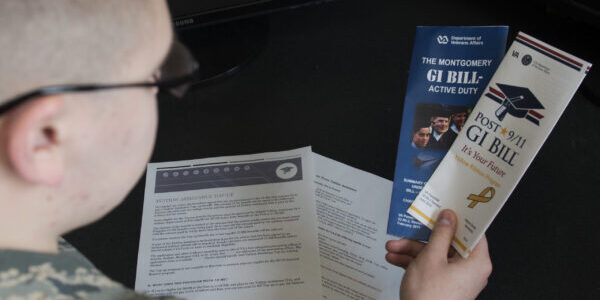 A bipartisan group of lawmakers is trying again to pass legislation allowing GI Bill benefits to be applied to business startup costs instead of schooling.

“Higher education is essential for many [veterans], but some have a different calling,” one of the sponsors, Rep. Ben Cline (R-Va.), said, according to Military Times. “It’s common sense to offer veterans a choice in accessing resources, training, and support to pursue the American dream to start a small business, create jobs and generate growth in our economy.”

The Veterans Entrepreneurship Act would launch a three-year pilot project.

“When our service members transition into civilian life, they bring considerable skills and experiences with them,” co-sponsor Rep. Lou Correa (D-Calif.) said. “Veterans know how to manage risk on the battlefield. And that’s what a successful entrepreneur does — manage risk.”

There has been resistance to such efforts in the past, with some saying it overlaps with existing programs to help veterans start their own businesses.