Rep. Brown Gives DOD a B- on Diversity, Inclusion 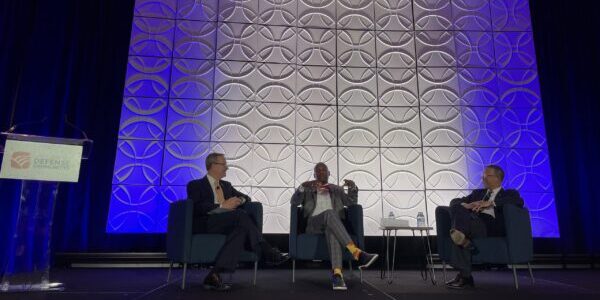 DOD has earned a B-minus for diversity and inclusion but is on track to improve that with congressional support for more resources, Rep. Anthony Brown (D-Md.), a member of the House Armed Services Committee, said Wednesday at ADC Reconnect.

“Maybe by this time next year, they’ll have a B-plus,” Brown said, adding that for women and minorities, inclusion is “really about having opportunity from the day you enlist.”

Brown praised DOD’s work to define and root out extremism within the ranks, especially given the military affiliation of some of the Jan. 6 Capitol rioters. He said most members of Congress understand how extremists – even if there are only a small number – undermine unit cohesion.

Brown’s remarks were part of a discussion about ADC’s “One Military, One Community” initiative, where he was joined by Victor Angry, the Neabsco District Supervisor from Prince William County in Virginia.

Angry, an Army veteran, said many service members today still face the same struggles he did when he enlisted as a Black soldier in 1987.

“We’ve moved this ball up the hill, and now it’s time to get it over the top,” Angry said.