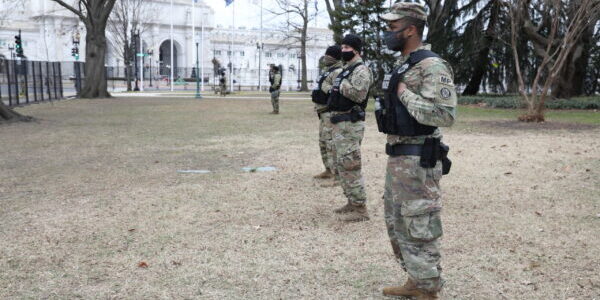 The top two appropriators in the Senate announced a spending deal Tuesday that would fund the Capitol police and reimburse the National Guard for its deployment to Capitol Hill following the Jan. 6 riots. Guard leaders have said without that $521 million it would have to cancel some upcoming training activities.

According to an Appropriations Committee summary, the bill does not include a rapid response force in the Washington, D.C., area, which was part of a bill that passed the House by just one vote.

The bill is about $2 billion, roughly the size of the House bill but almost half the size Appropriations Chair Patrick Leahy (D-Vt.) had first proposed.

“Both sides had to compromise on some things, but I think we’re in pretty good shape,” Leahy said of the new deal, according to The Hill.

“I am pleased this legislation sticks to immediate security needs, as I have long advocated.”

Leahy said he wants the Senate to vote on the bill this week in time to fund the Guard’s August and September activities, but it’s still unclear how or when the new deal would land in the House, which leaves Friday for its August district break. The Senate is scheduled to be in session through next week.