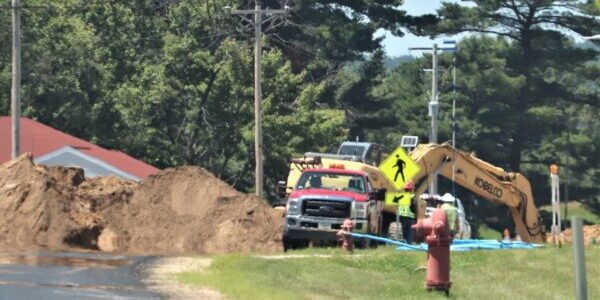 A bipartisan infrastructure deal emerged Wednesday then passed a key Senate procedural vote that night, teeing up floor debate and a vote over the coming days.

The bill includes $55 million for clean drinking water, a portion of which is dedicated “to replace lead service lines and the dangerous chemical PFAS,” according to a White House fact sheet. The bill also includes $429 million to cover unfunded Coast Guard infrastructure priorities such as “housing, family support and childcare facilities, as well as shore construction infrastructure and facility deficiency needs,” according to a bill summary circulating on Capitol Hill. Full bill text had not been filed by late Wednesday.

The bill is smaller than many progressives wanted, leaving its fate uncertain in the House, where Democrats have a three-vote majority. It’s also smaller than President Joe Biden’s initial infrastructure request, but still he touted the breakthrough deal Wednesday.

“This deal makes key investments to put people to work all across the country – in cities, small towns, rural communities, and across our coastlines and plains,” he said, according to CNN.