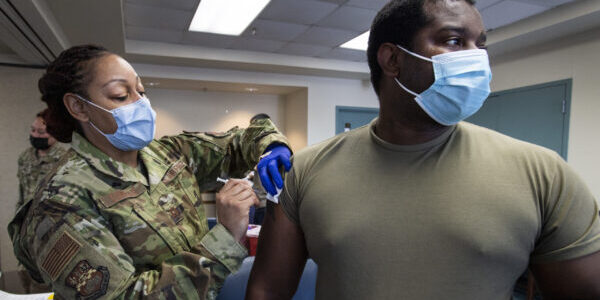 Defense Secretary Lloyd Austin officially made the COVID-19 vaccine mandatory in a memo that was publicly released Wednesday.

“I… direct the secretaries of the military departments to immediately begin full vaccination of all members of the armed forces under DOD authority on active duty or in the ready reserve, including the National Guard, who are not fully vaccinated against COVID-19,” he wrote in the memo, dated Tuesday.

Austin didn’t set a deadline for getting the shots but said the military secretaries “should impose ambitious timelines for implementation.”

Pentagon Press Secretary John Kirby told reporters Wednesday that only vaccines with full FDA approval will be required. Currently, that only applies to the Pfizer vaccine.

DOD also said it will allow the same religious and medical exemptions it does with other vaccinations, as The Hill noted.

More than 350,000 service members were fully or partially vaccinated as of Wednesday morning, according to DOD’s COVID-19 tracker.