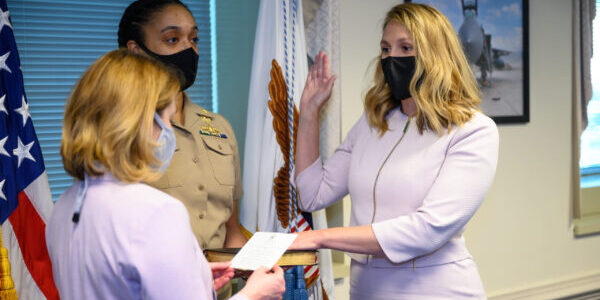 Meredith Berger, assistant secretary of the Navy for energy, installations and environment, has been tapped to perform the duties of Navy undersecretary beginning Wednesday, the Navy announced in a press release.

James Guerts, who has been performing those duties since February, is retiring at the end of the week.