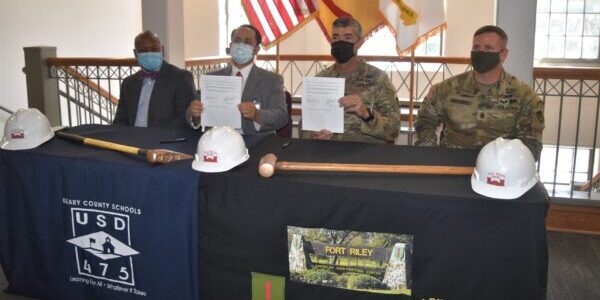 The Army is considering a massive expansion of Fort Belvoir, Virginia and may put an intelligence community campus there, Washington Business Journal reported, citing a proposal the Army presented to the National Capital Planning Commission….

Fort Riley, Kansas leaders and Geary County Schools officials signed a new intergovernmental support agreement Friday to partner in the demolition of obsolete school buildings on the base, according to a DOD story. “The agreement between the district and Fort Riley demonstrates a strong partnership that serves the region,” USD 475 Board of Education President Anwar Khoury said.