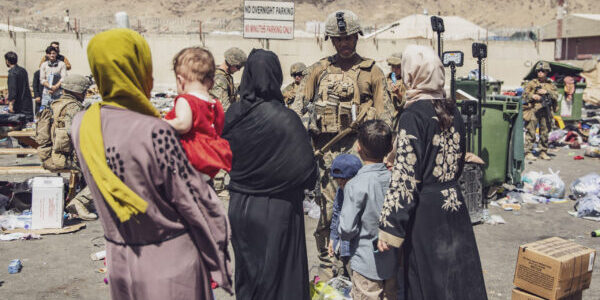 Sen. Josh Hawley (R-Mo.) is threatening to block any DOD nominees until Defense Secretary Lloyd Austin, Secretary of State Anthony Blinken and National Security Advisor Jake Sullivan resign in the wake of the withdrawal from Afghanistan.

“They overestimated the Afghan security forces’ willingness to hold the line, and instead of planning for the worst, they planned for the best. Because of them, we have Americans stranded behind enemy lines,” Hawley said on the Senate floor. “I will not consent to the nomination of any nominee for the Department of Defense or the Department of State until Secretary Austin, Secretary Blinken and Jake Sullivan resign.”