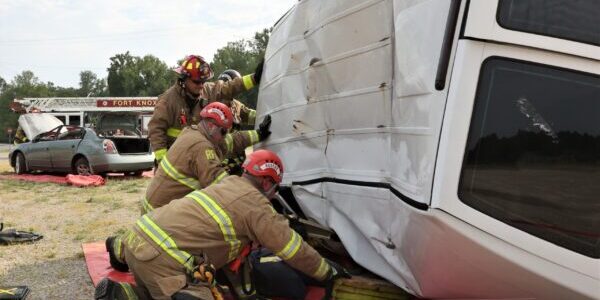 Camp Atterbury, a National Guard facility in Indiana, has been added to the list of installations temporarily housing Afghan evacuees. “As Hoosiers, we are proud to do our part and provide a temporary home for Afghan evacuees who have supported this nation,” Gov. Eric Holcomb (R) said, according to The Indianapolis Star….

PFAS contamination has been detected in stormwater draining into Lake Margrethe in Michigan, near the Michigan National Guard’s Camp Grayling, the Traverse City Record-Eagle reported….

First responders from Fort Knox and its nearby communities trained together during a series of simulations last week, according to an Army press release. “We were able to identify some gaps in some of our existing plans and processes, which is the entire point of the exercise,” said Colin Lineberger, directorate of plans, training, mobilization and security plans specialist. “If a real-world situation were to occur on the installation, those gaps are filled.”