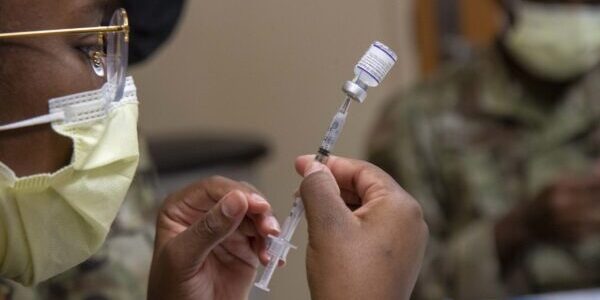 A group of GOP senators wants to stop DOD from dishonorably discharging service members who refuse to get the coronavirus vaccine.

“American heroes should not be treated as felons because of their personal medical choices,” said Sen. Roger Marshall (R-Kan.), a physician and Army reservist, The Hill reported.

Defense Secretary Lloyd Austin directed the military services to establish their own timetables and guidelines for vaccinating all military personnel. It is not clear exactly what might happen to those who refuse to comply, but the Army said such a refusal “could result in administrative or non-judicial punishment – to include relief of duties or discharge.”

Marshall introduced a bill Tuesday with Sens. Ted Cruz (R-Texas), James Lankford (R-Okla.) and Tommy Tuberville (R-Ala.) that would require that any service member relieved for vaccine refusal “may only receive an honorable discharge.”

The issue may also be discussed as the House debates the defense authorization bill in the coming days.