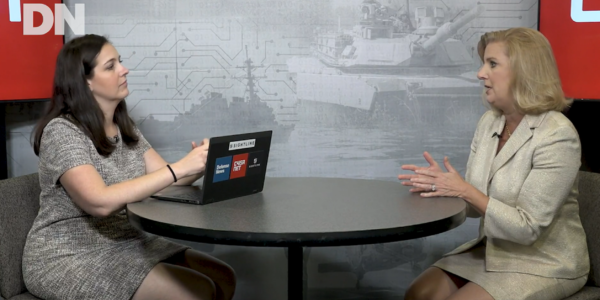 The Army can be a leader within DOD on how to address climate change, Army Secretary Christine Wormuth said last week. That’s one of the drivers of the Army’s forthcoming strategy.

“What we want to do is really put down some tangible goals for where we want to go,” Wormuth said in a Defense News interview last week at the Association of the U.S. Army’s national conference.

That will include some of the goals President Joe Biden and DOD have outlined, including reducing greenhouse gases by 50% and moving to all carbon-free electric sources by 2030, she said.

She described how some of the training programs have changed to help soldiers learn how to deal with extreme cold and extreme heat.

Asked about whether the Army might reduce its end strength to fund modernization efforts, she said that would rely on congressional funding and what is expected of the Army in the next iteration of the National Defense Strategy to be released in the coming months.

“I want to look holistically and comprehensively and think about, ‘How do we make ourselves the best Army that we can be and the most relevant to the Joint Force, inside of finite resources?” she said. “So I’m looking at everything.”