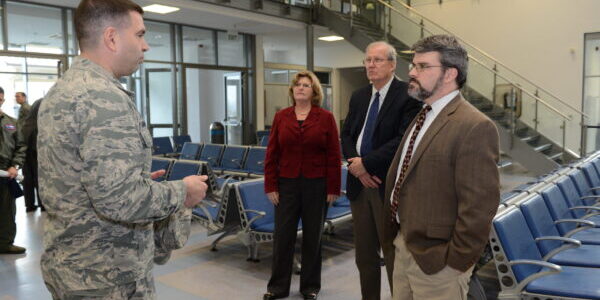 DOD’s recently released Climate Change Adaptation Plan – as covered by On Base – is about more than reacting to immediate climate concerns and protecting infrastructure, according to John Conger. Conger is former principal deputy under secretary of defense (comptroller) and former acting assistant secretary of defense for energy, installations and environment.

The new plan is “about how the DOD can continue to conduct its missions despite climate change,” Conger wrote in a Defense One op-ed. “It is about managing the unavoidable climate challenges of the coming decades.”

Conger is now senior advisor to the Council on Strategic Risks and director emeritus of its Center for Climate and Security. At DOD, he oversaw the development of the plan’s predecessor, a 2014 climate change adaptation roadmap.

Conger said one advantage DOD has now compared to several years ago is a growing acceptance, including among members of Congress, that climate change is a real threat.

“A key enabler in this plan which will help ensure its long-term success is an effort to increase the climate literacy of the DOD workforce, ranging from training for installation commanders to incorporation of climate security into professional military education.”