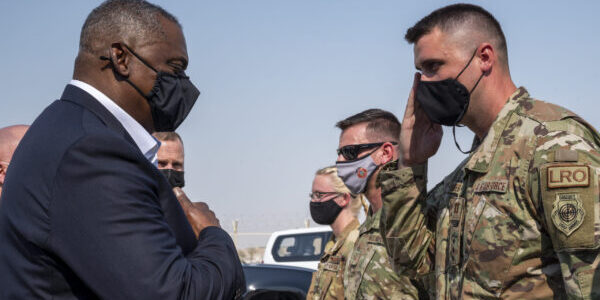 Senate Democrats and Republicans have agreed on a deal that clears the way for a temporary increase in the statutory debt limit, pushing the possibility of the nation’s first-ever debt default off until December.

After months of refusing to help address the debt limit, Senate Minority Leader Mitch McConnell (R-Ky.) agreed Wednesday not to block such a temporary measure. But there’s still no deal on a longer-term debt limit solution.

“If the United States defaults, it would undermine the economic strength on which our national security rests,” he said. “Our service members and Department of Defense civilians live up to their commitments. My hope is that, as a nation, we will come together to ensure we meet our obligations to them, without delay or disruption.”

It is currently projected that until Congress passes at least a short-term measure, the U.S. will hit its credit limit in less than two weeks.