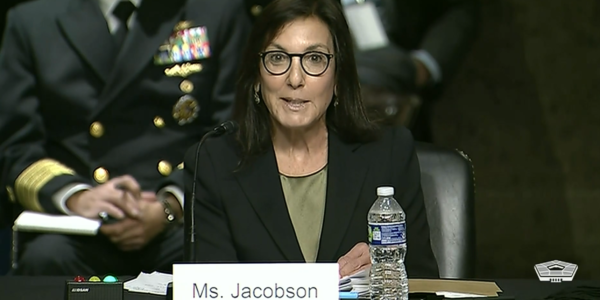 Army families deserve quality of life standards that match the level of their sacrifice, Rachel Jacobson told the Senate Armed Services Committee Tuesday. Jacobson is the nominee to become assistant secretary of the Army for installations, energy and environment.

“I am committed to ensuring that Army installations and surrounding communities are not threatened by harmful contaminants, and that proactive remediation steps will be taken when required,” Jacobson said in prepared opening remarks. “I am also committed to ensuring soldiers and their families can live with dignity, in safe, high-quality housing. We must not break trust with those who serve us so very well.”

Jacobson also said the “Army must remain laser-focused on confronting climate change, including by incorporating resilience and energy security at Army installations.”

At the hearing, the committee also heard from Gabriel Camarillo, nominated to become under secretary of the Army.

“Protecting and promoting trust among our people is paramount, and this includes preventing and addressing the scourge of sexual assault, sexual harassment, suicide, extremism, discrimination and other destructive behaviors that undermine the Army’s values and cohesion,” Camarillo said in his remarks.