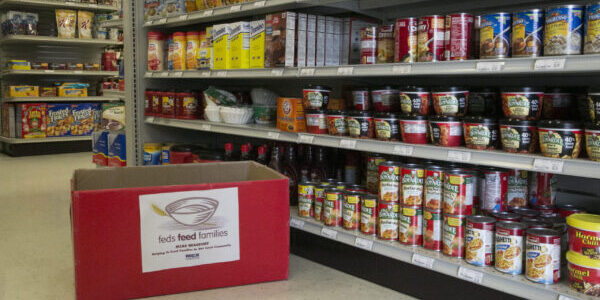 There may be provisions in a final defense appropriations bill to help ease food insecurity among military families.

“Studies have found that one in eight military families were food insecure prior to the COVID-19 pandemic and this number has now grown to one in five,” the Senate Appropriations Committee wrote in a report accompanying its fiscal year 2022 defense spending bill, released earlier this month but not yet scheduled for floor debate.

The House’s report had also noted the “alarming” rate of food insecurity in the military, Roll Call noted.

Both chambers’ defense authorization bills call for a “basic needs allowance” for some service members to ensure their income never drops below 130% of the poverty line.

The bills also ask the Pentagon for more data on the issue, which some hunger advocates say is unnecessary.

“While there is nothing wrong with gathering data per se, we don’t need to — and cannot — wait any longer for concrete policy solutions,” said Josh Protas, vice president of public policy at MAZON: A Jewish Response to Hunger.