What Happens if the U.S. Defaults on Its Debt 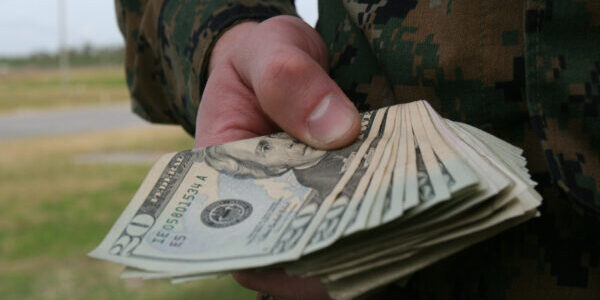 The U.S. is projected to hit its debt limit in less than two weeks, and Senate Republicans continue to insist they will not help Democrats suspend the debt limit, which is typically a routine, bipartisan move to authorize paying for expenses that have already been incurred.

“[D]efaulting on the debt would lead to a self-inflicted wound that takes our economy over a cliff and risks jobs and retirement savings, Social Security benefits, salaries for service members, benefits for veterans and so much more,” President Joe Biden said in a Monday speech.

Other experts the outlet talked to said if the government defaults, feds would likely have to prioritize bills.

“I guarantee you they’re not going to pay for the F-35 before people get their Social Security checks,” said Arnold Punaro, chair of the National Defense Industrial Association.

But “there is no secret plan by which we figure out how to spend what little money we have and avoid global economic calamity,” said David Berteau, CEO of the Professional Services Council. “I wish I could give you a rosier picture here. I’m trying desperately to figure out a way to have a positive thought at the end of this paragraph, but I can’t.”

The House has passed a resolution that would suspend the debt limit until the end of 2022. Republicans have vowed to filibuster such legislation in the Senate, which would force Democrats to use a lengthy, convoluted budget reconciliation maneuver.