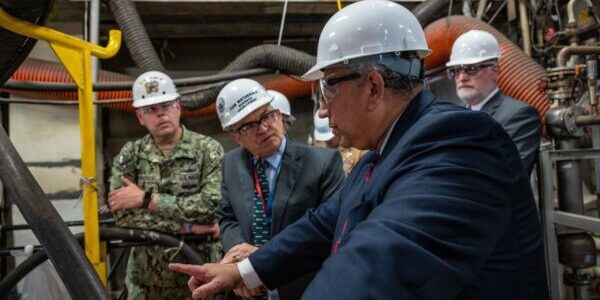 Navy Secretary Carlos Del Toro said the Navy will need an annual budget increase of 3 to 5% if the U.S. wants to keep up with China’s shipbuilding.

“I think we’re raising the alarm, certainly, and I think more members of Congress understand the real threat that China presents, not just to our national security, but our economic security,” Del Toro said last week at the Aspen Security Forum, according to Defense One. “I think they’ll become more willing to invest more in the Department of Navy, both the Navy and the Marine Corps.”

Del Toro began his job in August, long after President Biden requested $211.7 billion for the Navy for fiscal year 2022, essentially a flat-line budget compared to the year before. Del Toro has said he supports that budget request but will need more in future.

The 3 to 5% target is also what congressional Republicans have been asking for in a showdown that is partly responsible for holding up the defense appropriations and authorization bills.