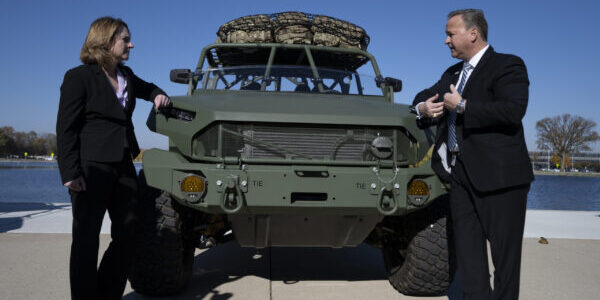 The Pentagon is raising “the national security flag” to let the private sector know it is committed to investing in electric vehicles to reduce carbon emissions, Deputy Defense Secretary Kathleen Hicks said this week, as Military.com reported.

DOD plans to transition 170,000 non-tactical cars and trucks used on installations to electric, while its more than 240,000 tactical vehicles will likely go hybrid first.

“Because they tend to be low maintenance with fewer moving parts, they have the potential to reduce logistics requirements,” she said.

The article notes that DOD’s interest in electric vehicles could be an incentive for U.S. manufacturers to step up development the vehicles and batteries.

“There does need to be an effort to make sure that there’s a market signal sent, so that that can be mined and processed here,” Hicks said.