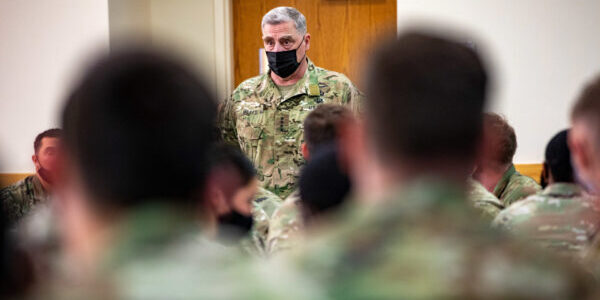 Armed Services Committee Ranking Member James Inhofe (R-Okla.) and 11 of his Senate GOP colleagues have asked the Pentagon to detail the cost of what they call “woke” initiatives.

“Today, efforts to recruit, train and equip a ready and lethal force often appear to take a back seat to the… ‘Climate Adaptation Plan,’ ‘Countering Extremism Working Group,’ and discussions of critical race theory,” they wrote in an Oct. 12 letter to Joint Chiefs Chair Gen. Mark Milley, according to The Hill, which confirmed a report from Punchbowl News.

The letter requested a DOD cost breakdown of those initiatives by Nov. 8.