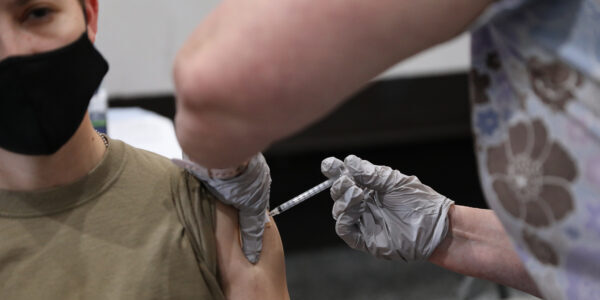 Uniformed Army personnel who refuse to get the COVID-19 vaccine will have their records flagged after meeting with a medical professional and receiving an additional order to get the vaccine, the Army said in a service-wide memo.

“I authorize commanders to impose bars to continued service… for all soldiers who refuse the mandatory vaccination order without an approved exemption or a pending exemption request,” Army Secretary Christine Wormuth wrote in the memo.

The new rules apply to active duty soldiers, reservists and National Guard troops, as Stars and Stripes reported. That includes Guard members in Oklahoma, where state officials are facing off with the federal government, saying the state’s Guard members do not have to get the shots.

Active duty soldiers must be fully vaccinated – including a two-week waiting period after the final shot – by Dec. 15. Army National Guard members and reservists have until June 30.