VA Sec: Not Waiting on Congress to Act on Burn Pit Victims, Homelessness 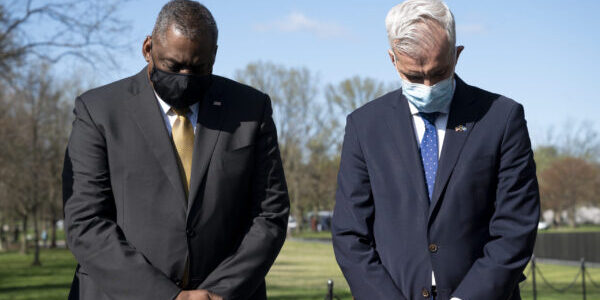 Veterans Affairs Secretary Denis McDonough said while his department agrees with lawmakers on the need to help veterans exposed to toxic burn pit chemicals, he is taking action without Congress.

“I feel intensely personally the urgency around making sure veterans with terminal cancers get care. That their families get the benefits that they rightly believe they’ve earned,” McDonough said in an interview with Military Times.

He said he is getting pressure on the issue from President Biden, who doesn’t want to see it stretch out for several more years.

“He’s demanding that we lean forward on this,” McDonough said. “He is routinely pressing me to find out what the next steps are that we’re taking.”

McDonough identified at least one other priority area for him where he said “policy making” gets in the way of “policy execution.”

“I think that the phrase ‘homeless veteran’ is a phrase that should not exist in an English language,” he said. “I find it heartbreaking.”