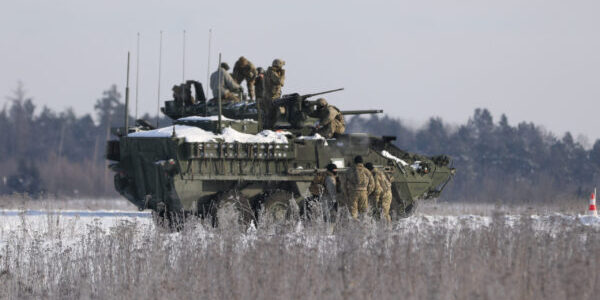 President Joe Biden said he will send more troops to eastern Europe if Russian President Vladimir Putin invades Ukraine, but he said he will not permanently station them there.

“We’re going to actually increase troop presence in Poland or Romania, et cetera, if in fact he moves, because we have a sacred obligation with Article 5 to defend those countries because they’re part of NATO,” Biden said at a Wednesday press conference.

Russia appears poised to attack, and Biden predicted that he would.

“I suspect it matters which side of the bed [Putin] gets up on in the morning as to exactly what he’s going to do,” Biden said. “I don’t think he’s made up his mind yet.”