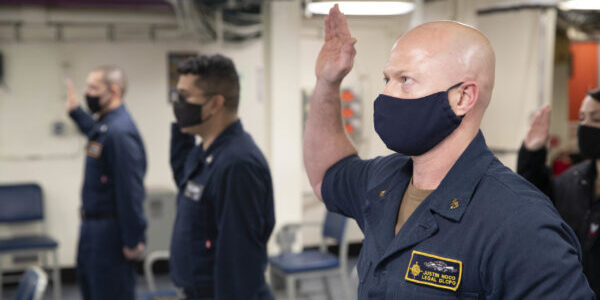 The Pentagon’s inspector general is beginning an audit this month “to determine whether military service recruiting organizations screened applicants for supremacist, extremist and criminal gang behavior, according to DOD and military service policies and procedures,” a recent memo said.

Pentagon leadership began looking more closely at extremism within the ranks after some military personnel and veterans were involved in the Capitol insurrection on Jan. 6, 2021, as The Hill noted. Defense Secretary Lloyd Austin made it a department-wide priority soon after he was sworn in later that month.

A working group established by Austin recently released a report last month that defined extremist behavior and recommended policy changes, as ADC On Base reported. Pentagon Press Secretary John Kirby said in December that only “about 100” service members participated in activities in 2021 that would be considered extremist.