by ADC | Jan 20, 2022 | Military Families, Mission Support/Community Partnerships, On Base 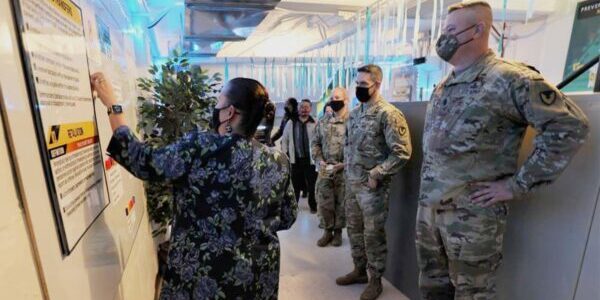 Expansion Industries is opening an ammunition manufacturing company in Hooks, Texas at the site of the former Lone Star Army Ammunition Plant on the east campus of TexAmericas Center, the Texarkana Gazette reported. The company plans to employ 400 people by 2023. “This is a big asset that will do Hooks and the surrounding [area] a lot of good,” said the company’s owner, Richard Smissen, who thanked TexAmericas Center for its support….

Fort Knox has opened a new escape room-style activity center to help soldiers and civilian personnel better learn the basics of the Army’s Sexual Harassment/Assault Response and Prevention Program (SHARP). The participants work together using their SHARP knowledge to create open avenues of dialogue, said Ella Foley, the base’s sexual assault response coordinator and the center’s creator. “This is not your usual slideshow presentation. In that type of training, the facilitators do most of the talking,” Foley said in a Fort Knox story. “With this, everyone works together as a team to complete the activities.