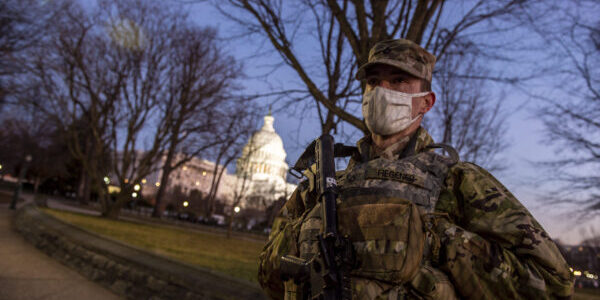 In solemn speeches, ceremonies and interviews about the Jan. 6 insurrection on its anniversary Thursday, National Guard members were hailed as heroes for supporting law enforcement that day and in the months that followed.

But, as Military.com’s Rebecca Kheel wrote Thursday, “The question remains: Why did it take Army leaders three hours to approve those much-needed Guard reinforcements?”

House Speaker Nancy Pelosi (D-Calif.) raised the same issue on a CNN special Thursday night inside the Capitol’s Statuary Hall, saying she and other congressional leaders tried throughout the event to get the D.C. National Guard deployed as backup for U.S. Capitol Police and D.C. police. She suggested then-Army Secretary Ryan McCarthy was one of the people who slowed the deployment.

Rep. Bennie Thompson (D-Miss.), chair of the House select committee looking into Jan. 6, said this week he suspected the delay was “by design,” adding that the National Guard aspect will be part of the investigations and public hearings he’s leading with Rep. Liz Cheney (R-Wis.)

The D.C. National Guard finally arrived on the Hill shortly after 5 p.m. that day, after the worst of the attack. And Guard units from across the country provided additional security at the Capitol complex for months after.

The delay also led to discussion in Congress of creating a quick reaction force for the D.C. region, but that idea has lost steam. Defense Secretary Lloyd Austin recently announced a streamlined approach for activating the D.C. Guard, as On Base reported.