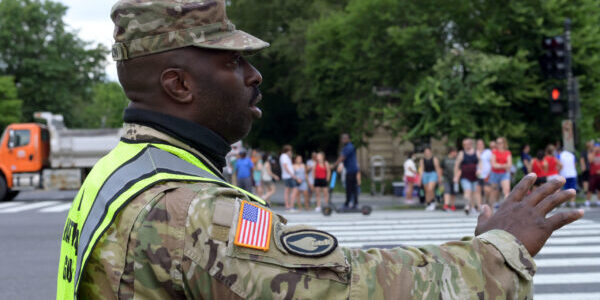 The Guard’s activation was delayed on Jan. 6, and Austin ordered a review of the process and relationships involved in calling up the D.C. National Guard.

The memo establishes an executive secretariat as the single entry point for requests from local or federal government “for both pre-planned and time-sensitive events,” Pentagon Press Secretary John Kirby told reporters, according to Stars and Stripes. The secretary of defense will then be the decider.

“The secretary of defense is now the single approval authority for all requests that would involve District of Columbia National Guard personnel participating directly in civilian law enforcement activities or that require the deployment of [D.C. National Guard] personnel within 48 hours after receipt of the request,” Kirby said.