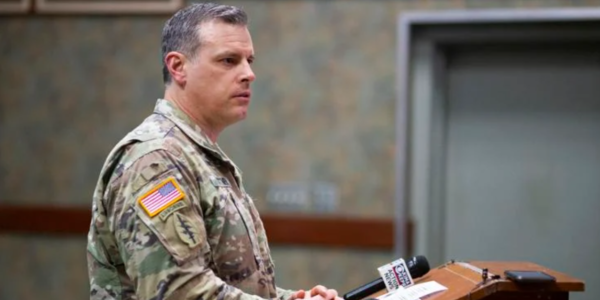 Domestic wells near Yakima Training Center, Washington have been contaminated with PFAS, Army officials said at a public meeting last week. So far, testing shows about 56 residents have been impacted. They are being provided with bottled water until the contamination can be cleaned up, the Yakima Herald-Republic reported….

Kara Kopach will become new executive director of the Fort Monmouth Economic Revitalization Authority in New Jersey, New Jersey Business Magazine reported. She’ll replace Bruce Steadman, who has held the job since 2010. “Bruce is leaving the fort in Kara’s capable hands,” New Jersey Economic Development Authority CEO Tim Sullivan said. “I am certain that her passion for this project and the commitment of the talented FMERA team will help to keep the Fort’s redevelopment on its successful trajectory.”…

House members from Maine, Virginia, Washington and Hawaii have formed the Public Shipyard Caucus. Rep. Chellie Pingree (D-Maine) said the caucus will “help elevate and strengthen the voices of PSNY workers in Congress,” according to AP.