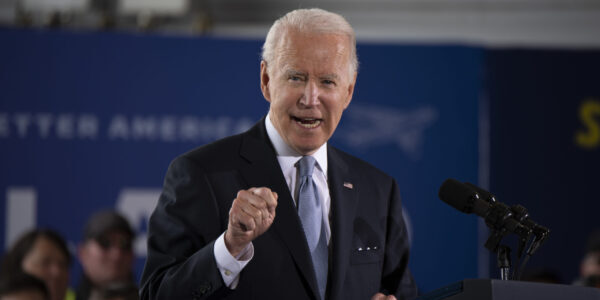 President Biden will visit a Lockheed Martin facility in Alabama Tuesday that manufactures Javelin missiles and other weapons systems. His administration has sent Javelin missiles to Ukraine, and he is expected to tout the U.S. role in supporting Ukraine as it fights back against Russia.

“Alabama plays a critical role in supporting the defense capabilities of the United States and our allies, and I am so excited to showcase the essential work being done right here in our state,” said Rep. Terri Sewell (D-Ala.), the state congressional delegation’s only Democrat.

Her district is about three hours from the Troy plant, The Hill noted, highlighting how unusual it is that Biden is going into a deep red state. Axios notes another unusual aspect of the visit – the President’s “embrace” of defense contractors, which his Democratic predecessors have “kept at a distance,” the article noted.

“Much like the energy industry, Biden needs defense contractors in this time of war,” Axios’ Hans Nichols wrote. “Not only does he want more anti-tank and anti-aircraft missiles; he also wants to send a clear message to Russia’s Vladimir Putin.”