by ADC | May 5, 2022 | In Our Communities, Mission Support/Community Partnerships, On Base, Russia-Ukraine 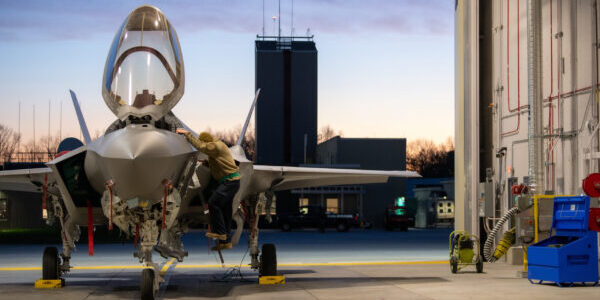 About 200 Vermont Air National Guardsmen are in Europe now with eight F-35s for “enhanced air policing” across NATO’s eastern plank, AP reported. The F-35s are replacing those sent from Hill Air Force Base, Utah….

The Army has signed a 30-year lease with Bright Canyon Energy to manage an energy resilience project on about 100 acres at Joint Forces Training Base Los Alamitos, California, OC Breeze reported.