by ADC | May 10, 2022 | In Our Communities, Infrastructure, Mission Support/Community Partnerships, On Base, Water 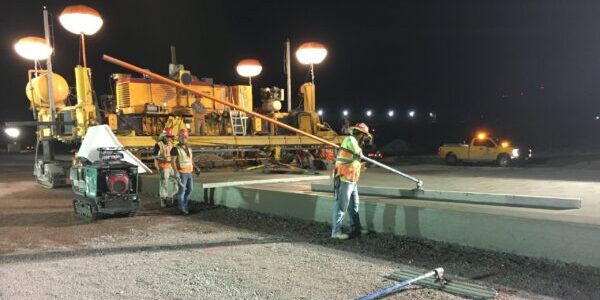 Air Force Times visited Offutt Air Force Base, Nebraska to see a major runway expansion that is approaching completion. The construction is replacing a 70-year old runway that was falling apart to the point that aircraft from other bases would avoid landing at Offutt….

The water is safe to use again at William Beaumont Army Medical Center at Fort Bliss, Texas, a month after a plumbing issue led to discolored water that even halted all surgeries for 12 days, Stars and Stripes reported. The Defense Health Agency is looking into what went wrong at the hospital, which has only been open for about a year….

Arnold Air Force Base, Tennessee has been expanding its craft internship program through a partnership with local high schools whose students may be interested in a variety of jobs at the base, according to a press release. “I have several students right now that are doing really well in machine shop class, but I think if we can get them a better knowledge of what actually goes on out in real machine shops, it’d give them a good expectation of what they’re going to have to do in the future,” said Derek Swinger, machine shop instructor at Tullahoma High School. Tullahoma is a 2022 Great American Defense Community.