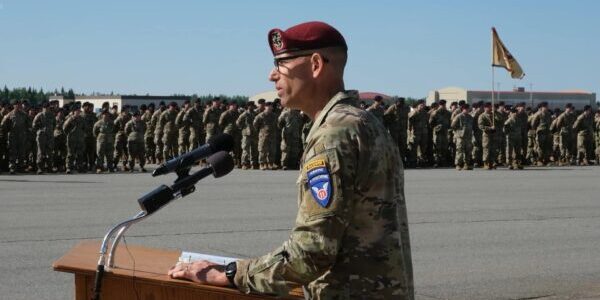 The Army made the reorganization of its units in Alaska official Monday when it reactivated the long-dormant 11th Airborne Division to focus on Arctic and cold-weather combat operations, as Stars and Stripes reported. The 11th Airborne Division includes the former Army Alaska headquarters and the 1st and 4th Brigade Combat Teams of the 25th Infantry Division. They’re being called “Arctic Angels.”

“These soldiers are going to be on the leading edge of innovation and the development of tactics, techniques and procedures and new equipment that we’re going to need to have the advantage in the Arctic,” Army Chief of Staff Gen. James McConville said at a ceremony Monday at Fort Wainwright.

The realignment means ditching a fleet of 320 aging Strykers, as Military.com reported. Some will be scrapped for parts, and some will be updated to send to other units.