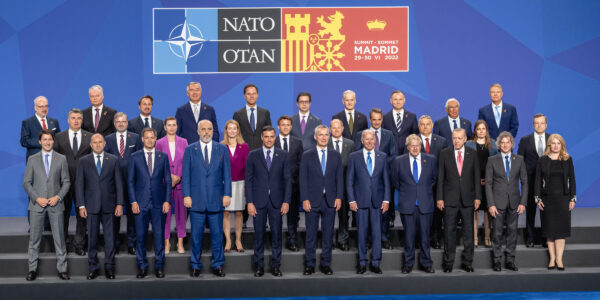 President Biden said Wednesday that the U.S. will “enhance our force posture in Europe and respond to the changed security environment, as well as strengthening our collective security” along with NATO allies.

He made the remarks at a joint appearance with NATO Secretary General Jens Stoltenberg in Madrid.

“Earlier this year, we surged 20,000 additional U.S. forces to Europe to bolster our alliance in response to Russia’s aggressive move, bringing our force total in Europe to 100,000,” President Biden said. “We’re going to continue to adjust our posture based on the threat, in close consultation with our allies.”

Among the additional commitments he made are:

“In a moment when Putin has shattered peace in Europe and attacked the very, very tenets of the rules-based order, the United States and our allies — we’re going to step up. We’re stepping up,” President Biden said.