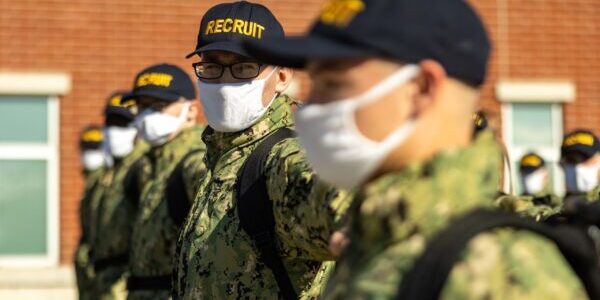 Every branch of the military is having trouble meeting its fiscal year 2022 recruitment goals, NBC News reported.

“This is the start of a long drought for military recruiting,” said Ret. Lt. Gen. Thomas Spoehr of the Heritage Foundation. He said the military has not had such a hard time signing recruits since 1973. Spoehr said he does not believe a revival of the draft is imminent, but “2022 is the year we question the sustainability of the all-volunteer force.”

Army Chief of Staff Gen. James McConville told Congress recently that only 23% of Americans ages 17 to 24 are qualified to serve without a waiver to join, down from 29% in recent years.

NBC cited an internal DOD survey that found only 9% of those young Americans eligible to serve in the military had any inclination to do so, the lowest number since 2007.