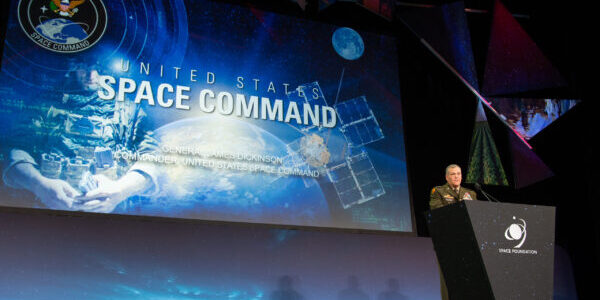 The Air Force did not use fully transparent requirements to decide where to headquarter U.S. Space Command, the Government Accountability Office said in a report released Thursday. The report reviewed the Air Force’s January 2021 decision to move Space Command headquarters from its current temporary site at Peterson Air Force Base, Colorado to Redstone Arsenal, Alabama.

“Although the Air Force documented the general rationale for selecting Redstone Arsenal in an action memorandum and accompanying documents, there was not consensus among the officials we interviewed regarding who ultimately made the decision to name Redstone Arsenal as the preferred location for U.S. Space Command headquarters, including the role of the then president in making the decision,” the report stated, as Stars and Stripes reported.

A GAO official told Military.com that the Air Force did not fully consider the expenses of the move.

The DOD inspector general’s office found in a separate review that the Air Force’s procedures were followed but that not all criteria used in the process could be verified. Neither report stated which site is the better option. Four other bases scored far behind the Colorado and Alabama options.

Colorado’s congressional delegation on Thursday called on the Biden administration to reconsider the decision, while Alabama community leaders touted the reports as supportive of the move.

“We look forward to working with the U.S. Space Command staff and leadership to successfully execute the location of the command headquarters to Redstone Arsenal, now that the GAO and IG reviews of the site selection process have been favorably completed,” the Huntsville/Madison County Chamber said in a statement. “We are reassured that the site evaluation process accurately determined that Redstone will offer the best strategic value for our nation as the future home to US Space Command.”