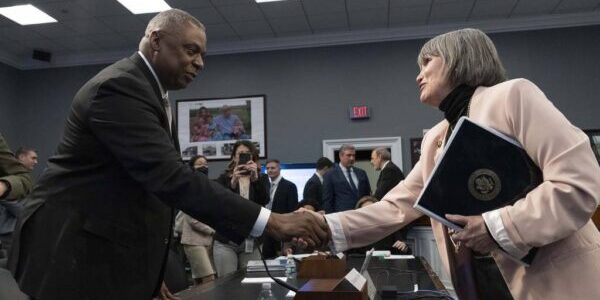 House appropriators are proposing the same level of defense spending the Biden administration requested, according to a summary of their defense appropriations bill released Tuesday and scheduled for subcommittee markup today.

“With democracy under attack in Ukraine, it is critical that our Department of Defense and intelligence agencies have the resources requested by the secretary of defense to support our allies, protect our national security, maintain a strong industrial base to support good-paying jobs, and counter rising threats,” Appropriations Committee Chair Rosa DeLauro (D-Conn.) said.

The spending plan puts House Democratic leaders at odds with many Republicans, who want to increase the defense budget to match or exceed inflation, and some on the left who want to reduce it, as Defense News reported.

The House defense levels have created a stalemate in negotiations between the House and Senate on topline spending levels, CQ reported Tuesday.

The Military Construction-VA subcommittee will also mark up its bill today. It includes $15.1 billion for defense infrastructure, which is $2.9 billion more than DOD requested, according to the bill summary.