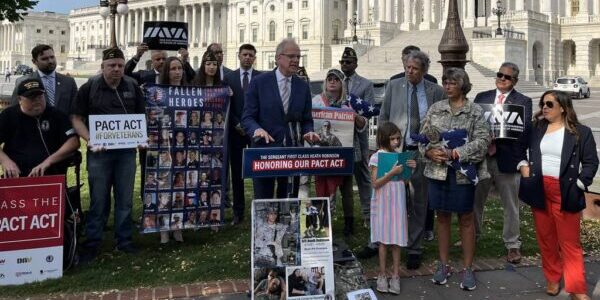 The Senate cleared a procedural hurdle Tuesday to begin debating legislation providing benefits to veterans exposed to toxic chemicals, including in burn pits. The vote was 86-12, a show of bipartisan support suggesting the bill could pass in the coming days.

“There’s absolutely no reason that this bill should be a Republican bill or a Democrat bill,” Sen. Jerry Moran (R-Kan.), ranking Republican on the Veterans’ Affairs Committee, said at a rally before the vote, as Military Times reported.

A more expensive version of the bill passed the House, mostly along party lines.

The bill would include 23 respiratory illnesses and cancers related to burn pit smoke on the list of illnesses presumed to be service-connected. It would also provide new or expanded benefits to veterans exposed to radiation during Cold War deployments or Agent Orange in the Vietnam War.

About 20% of service veterans could be directly impacted by the legislation.