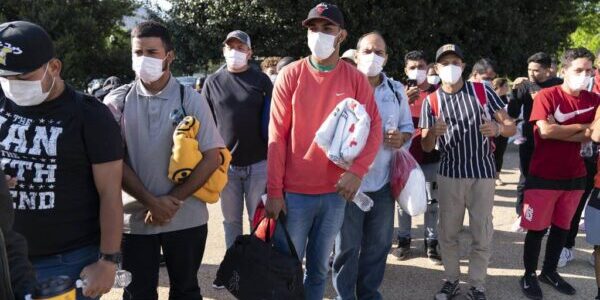 Washington, D.C. Mayor Muriel Bowser has asked the White House to activate the D.C. National Guard to help with an influx of migrants, The Hill reported. She said that Texas Gov. Greg Abbott (R) and Arizona Gov. Doug Ducey (R) have bussed 4,000 migrants from the Southern border to D.C. to protest President Biden’s immigration policy, even though the D.C. area was not the migrants’ intended destination.

“Our ability to assist people in need at this scale is very limited,” Bowser wrote in a letter. “Instead of rolling up their sleeves and working with the Biden/Harris Administration on a real solution, Governors Abbot and Ducey have decided to use desperate people to score political points.”

Bowser’s letter said the requested support is for the Guard to “indefinitely” help non-governmental organizations in ways “not dissimilar to the use of military personnel and facilities for other humanitarian missions, including assisting Afghan refugees.”

The D.C. mayor has no direct authority to activate the D.C. National Guard. A provision included in the House’s version of the National Defense Authorization Act would give the mayor the authority similar to what governors have.