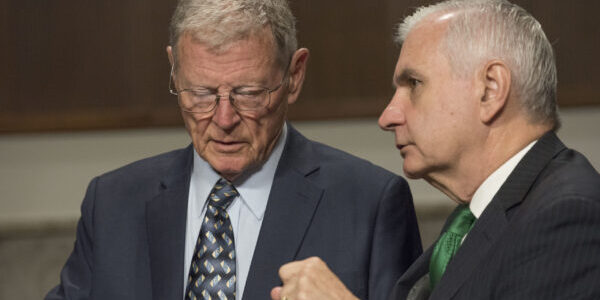 The Senate Armed Services Committee wants to authorize defense spending levels above President Biden’s request, partly to give the Pentagon an inflation buffer in its buying power.

The bill, which was released Monday, authorizes $847 billion for national security, $817 billion of which is for DOD, as outlined in a bill summary. Also in the bill are:

“With broad, bipartisan support, this year’s NDAA increases funding for our national defense, invests in the platforms and infrastructure our military needs, and delivers critical resources for our allies and partners around the globe,” Chair Jack Reed (D-R.I.) said in a press release.

The bill is named after Sen. James Inhofe (R-Okla.), the committee’s ranking member and former chair, who is retiring at the end of this Congress.

“Chairman Reed and I led the charge to increase the defense budget by $45 billion, to make sure our troops have the tools, capabilities, training, pay and resources needed to defend this country,” Inhofe said.

The House passed its version of the NDAA last week, as On Base reported.