Despite Negotiators’ Assurances, Some Republicans Still Have Defense Cut Concerns 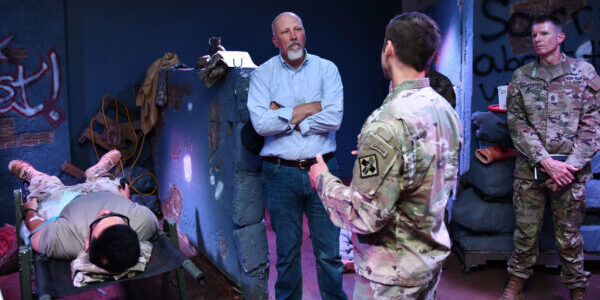 The House passed a new rules package Monday that was the result of a deal Speaker Kevin McCarthy (R-Calif.) made last week, and some in the party are concerned the deal also paves the way for deep defense cuts. McCarthy reportedly promised the handful of holdouts for his speakership that he’ll allow a vote capping spending at fiscal year 2022 levels. If that is split across the board, it would be a $75 billion blow to the defense budget.

But Rep. Chip Roy (R-Texas), one of the negotiators of last week’s deal, said the talks were not about defense spending.

The only Republican to vote against the House rules package Monday was Rep. Tony Gonzales (R-Texas), who expressed his concerns about potential budget cuts Sunday while on CBS’ Face the Nation.

“I’m going to visit Taiwan here in a couple of weeks. How am I going to look at our allies in the eye and say, ‘I need you to increase your defense budget, but yet America is going to decrease ours’?” Gonzales said.