by ADC | Jan 11, 2023 | Congress/DoD, In Our Communities, Mission Support/Community Partnerships, On Base, Russia-Ukraine 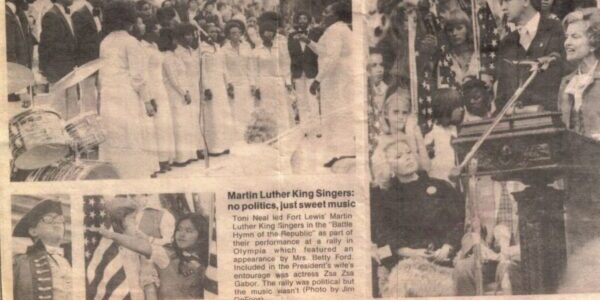 The Air Force confirmed that 100 Ukrainian troops will train at Fort Sill, Oklahoma on how to operate the Patriot missile system, as Military Times reported. Such training usually takes a year, but the Pentagon is looking for ways to expedite the program….

Edzel Butac from the Joint Base Lewis-McChord Public Affairs Office profiled the Grace Gospel Community Choir, which is celebrating its 50th year. The group started in October 1973 as the Martin Luther King Singers. “In such a short time, we were known all over the Pacific Northwest,” said Michael Prather, who was a soldier who joined the group in its early days.