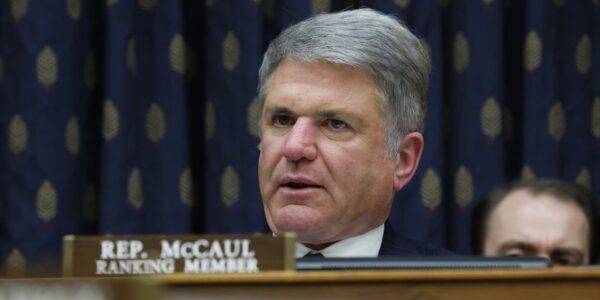 House Foreign Affairs Committee Chair Michael McCaul (R-Texas) said Sunday that “there’s enough support on both sides of the aisle, majority in the Democratic Party, majority in the Republican,” to continue U.S. aid for Ukraine.

McCaul made the remarks on CNN when asked about some fellow Republicans’ comments that the U.S. needs to slow its support for Ukraine as it continues fighting Russia.

“We have to educate our members. I don’t think they quite understand what’s at stake,” he said.

“If Ukraine falls, Chairman Xi in China’s going to invade Taiwan. It’s Russia, China. Iran is putting drones in Crimea, and North Korea is putting artillery into Russia. They have to understand the case.”