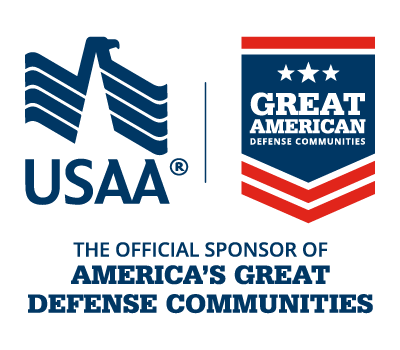 In recent years the community has demonstrated a deep commitment to military families and veterans—creative projects aimed at improving quality of life such as a proposal to covert an unused 45,000 square-foot two-story building adjacent to Plant 42 into a center to serve veterans, their families, and the community. The City of Palmdale recently completed Courson Arts Colony, an affordable housing complex with a number of units set aside to serve medically complex veterans.

In addition, a local grassroots nonprofit called Vets4Veterans empowers local veterans who are suffering the physical and psychological wounds of war to successfully reintegrate into the community. The nonprofit was founded by a group of Vietnam combat veterans who were attending a PTSD therapy group at the AV Veterans Center.

In August of 2020 the Hiring Our Heroes Space Coast Military Spouse Professional Network (MSPN) was created to serve as an opportunity for peer-to-peer networking among military spouses. This program helps military spouses get integrated with the Space Coast community prior to arriving and helps military spouses gain access to educational and employment opportunities. Within the first year there were over 300 military spouses in this group. Over half of the members reported un- or underemployment which highlighted a clear need to take action. From this, the Hiring Our Heroes Military Spouse Economic Empowerment Zone (MSEEZ) was born. Today, MSEEZ is a working group of volunteers including businesses, non-profits and government entities that tackle military spouse un- and underemployment through a Hire, Train, and Advocate model.

The Northern Virginia region is home to three bases: Joint Base Myer-Henderson Hall, Fort Belvoir, and Marine Corps Base Quantico. In recent years, numerous positions opened in the region for cyber professional. The Community, Military, and Federal Facility Partnership of Northern Virginia’s Cyber Training & Roadmap was created to address this workforce need. The partnership created programs in local high schools, veteran trainings, and education pathways for cyber jobs. In addition, the first regional intergovernmental Support Agreement (R-IGSA) was implemented between the Army, US Marine Corps (USMC), and Northern Virginia Regional Commission (NVRC) for road maintenance supplies and services. This Partnership provides an ongoing framework to identify requirements and needs amongst the services to better support partnerships in the region.

The Northern Virginia Regional Commission has held regular listening sessions to address diversity and inclusion issues in the region. These sessions seek to provide an opportunity for military members and/or family members to share experiences and perspectives about diversity, equity, inclusion the DMV region, and then plan for action.

Known as “the best kept secret in the Air Force,” Arnold Air Force Base is nestled in over 40,000 acres in middle Tennessee and the only active-duty Air Force base in the state. More than 5,500 active duty, members of the guard, reservists, retirees, veterans, and their families bring their wealth of knowledge and experience to the Tullahoma area.

To fulfill the need for an advanced aerospace and engineering workforce in the region—Arnold Air Force Base, the region’s Hands-On Science Center (HOSC), and the University of Tennessee Space Institute (UTSI) partner to support Engineer’s Week, STEM competitions, and science projects for military children at local schools.

The 13 communities around Luke Air Force Base are known as the West Valley Partners—a group of municipalities committed to supporting the base and improving the quality of life for service members, veterans and their families. Currently, the group is actively advocating for important legislation at the state-level that will make lives easier for military families stationed in Arizona for generations to come. For example: West Valley Partners is leading the charge to waive most state licensing fees for any active-duty military service member’s spouse, and any honorably discharged veteran who has been discharged no more than two years before application.